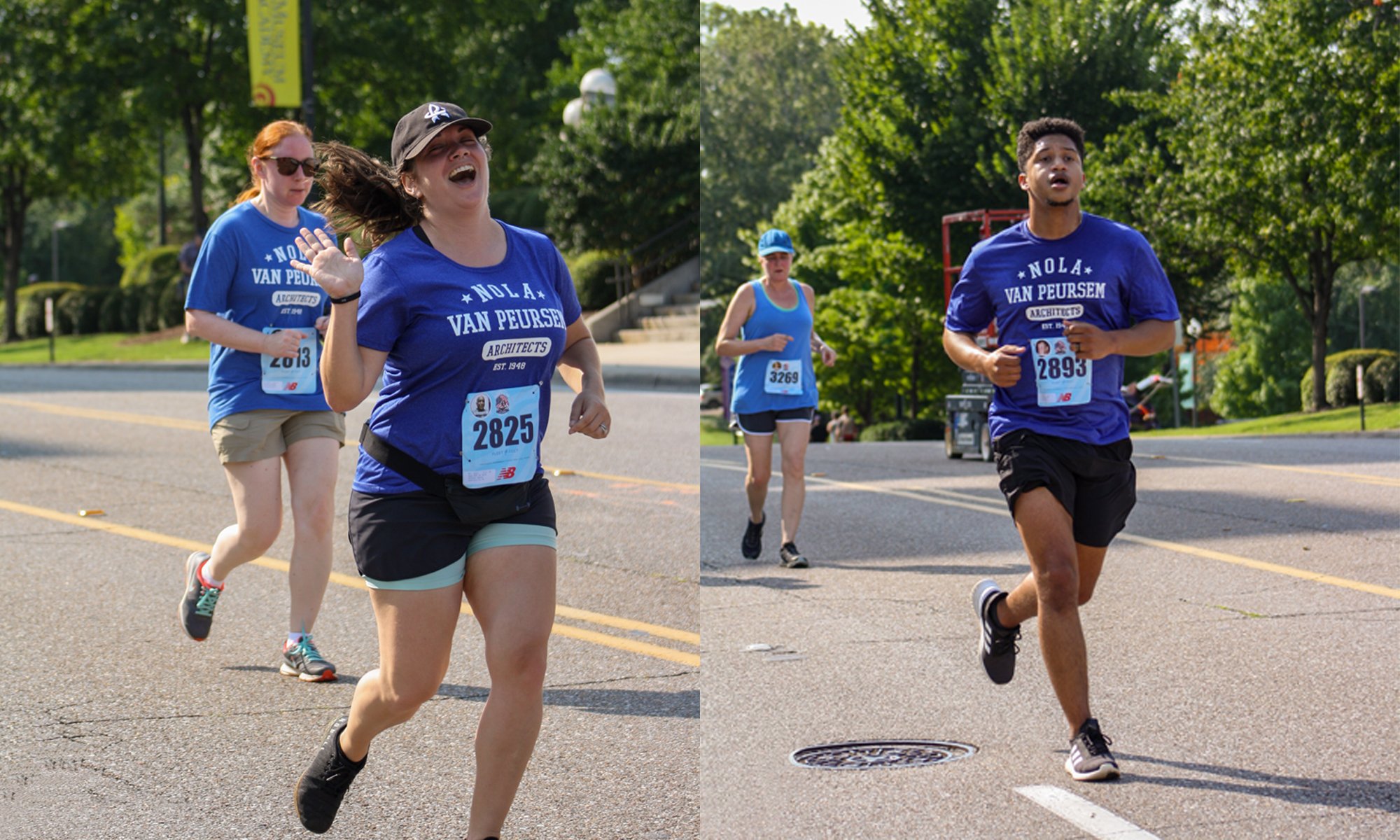 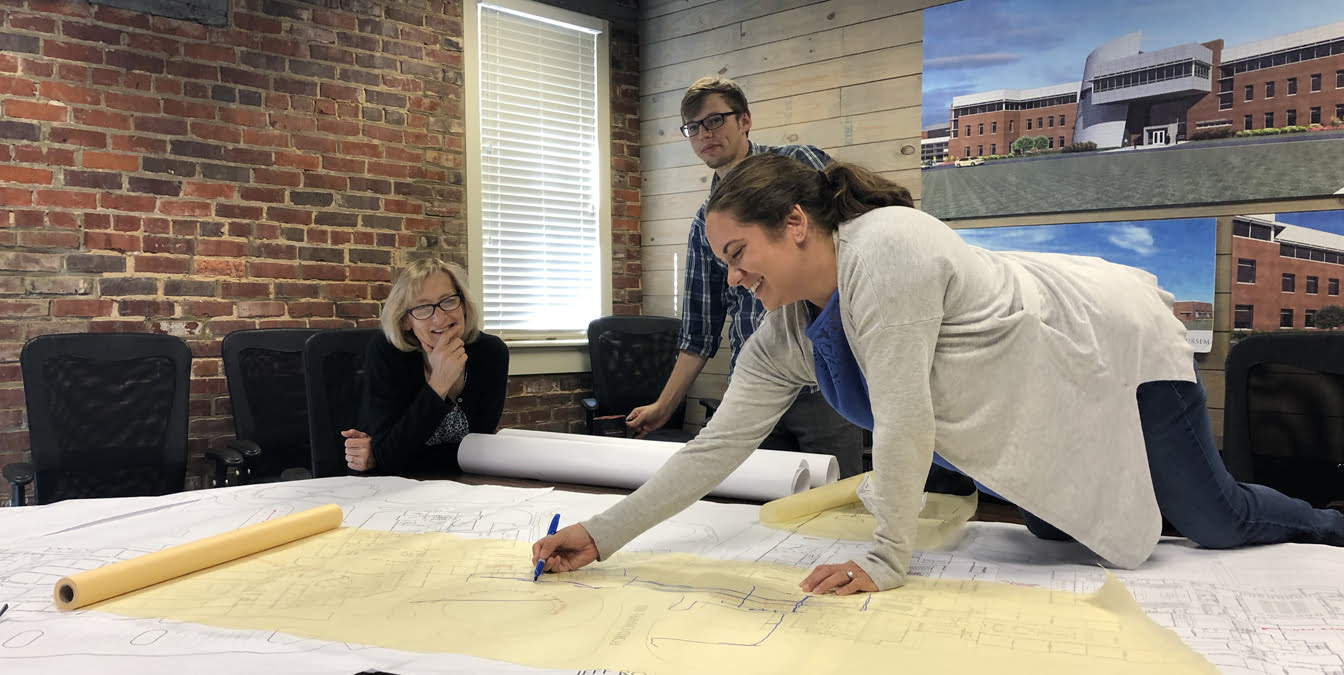 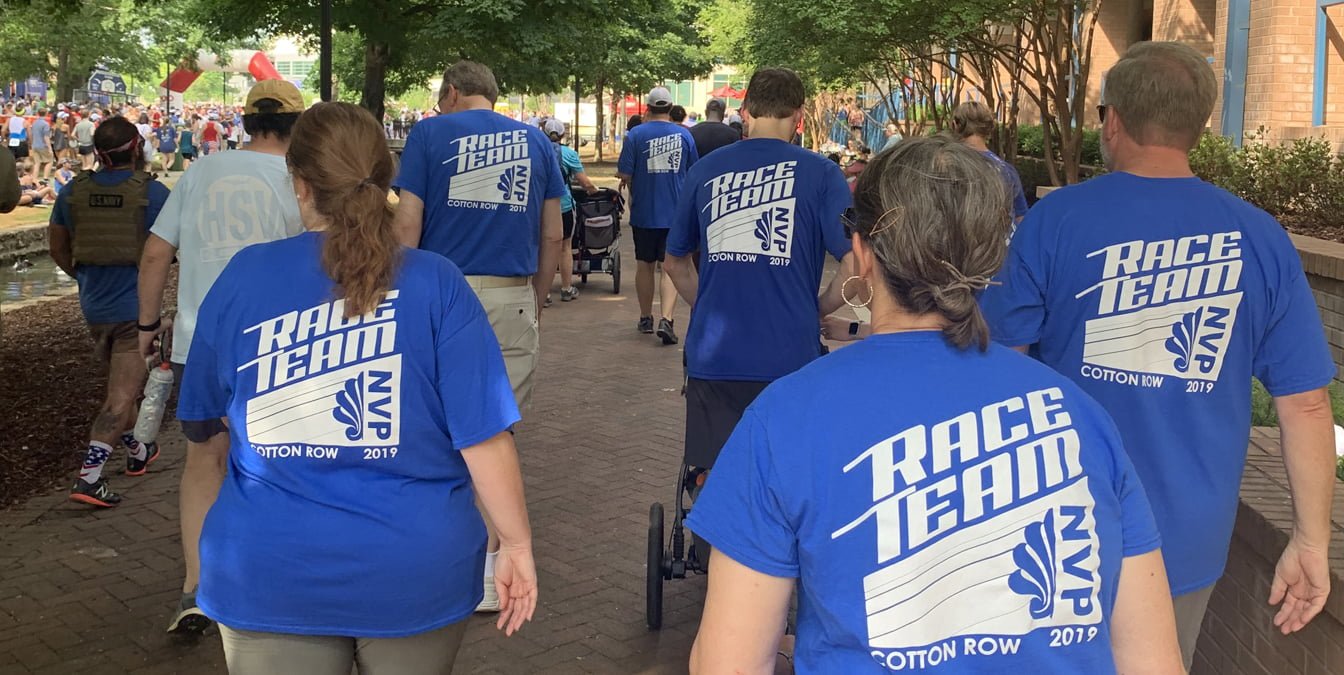 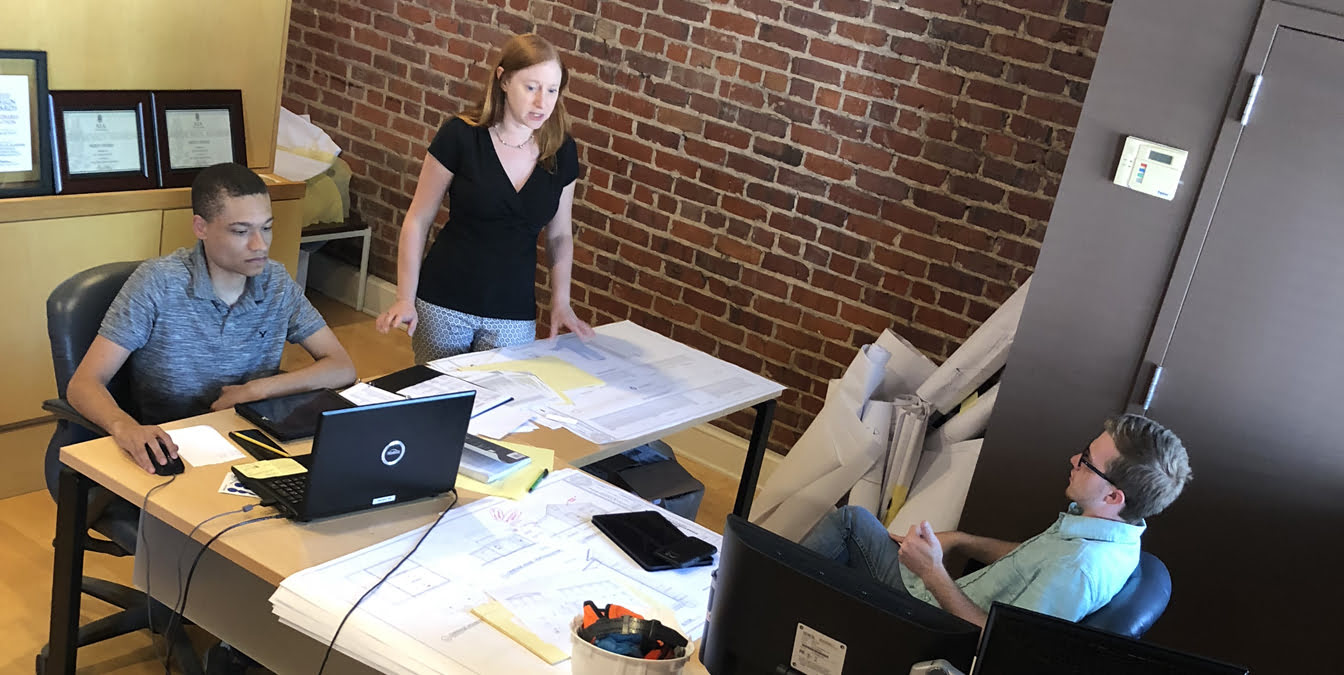 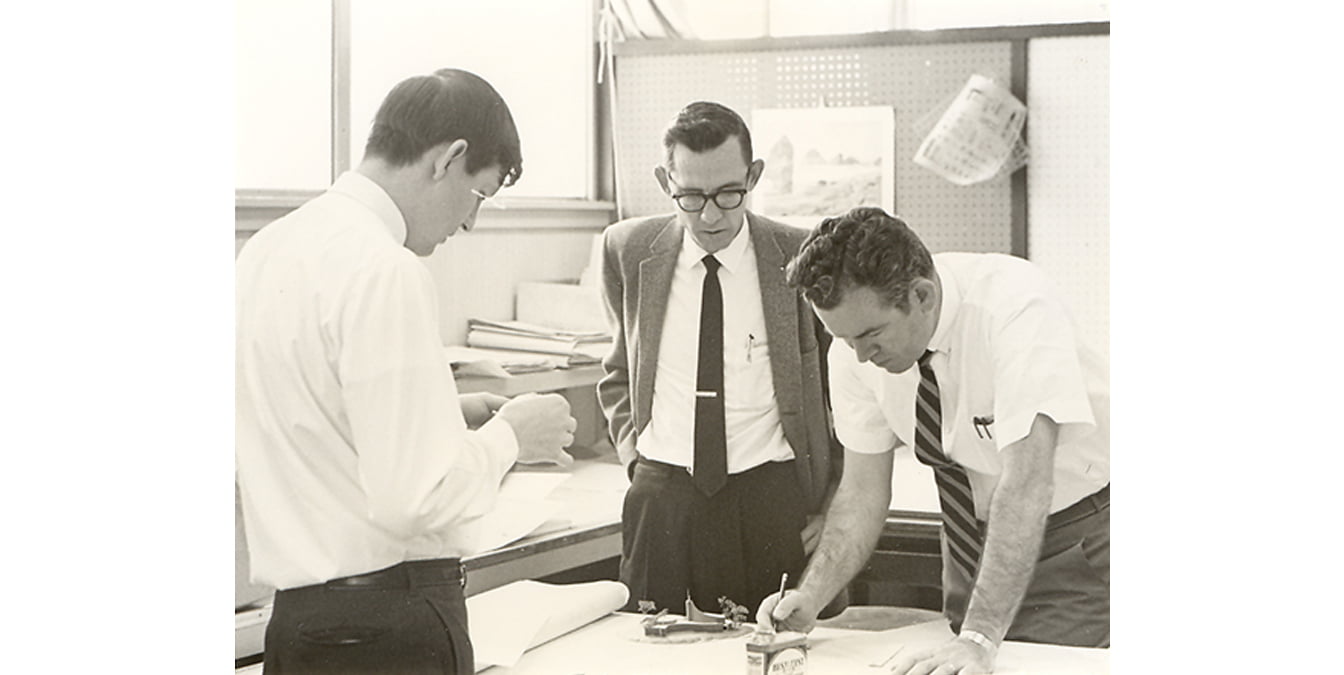 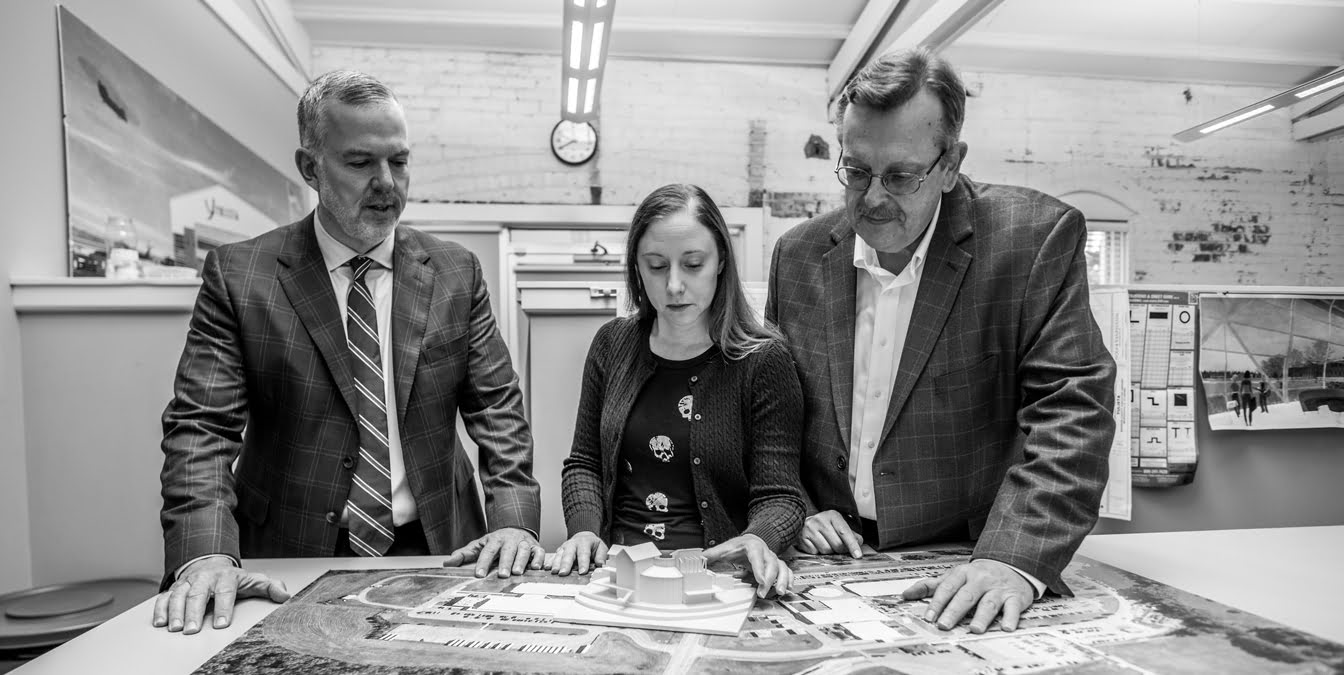 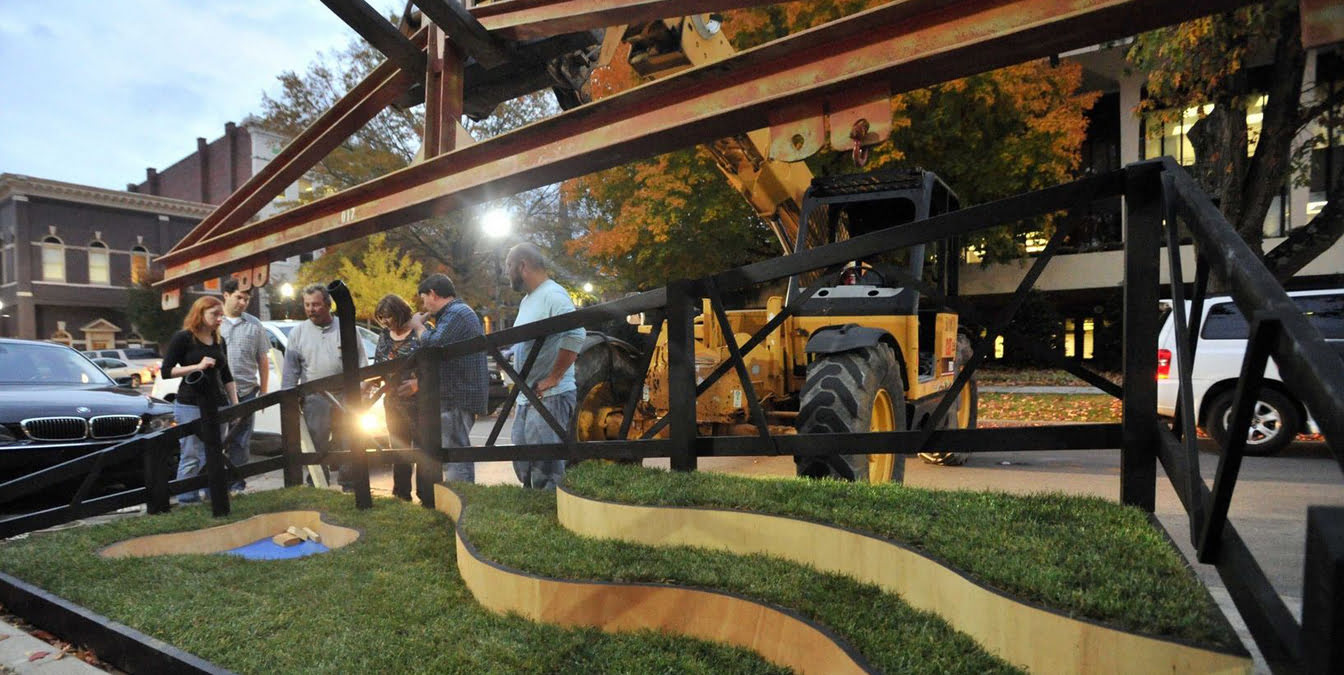 First and foremost, we are problem solvers. We challenge conventional thinking. We push ourselves, our consultants, and our clients to achieve more than we think possible. We listen actively, engage thoughtfully, and thrive on collaboration. We don’t do cookie-cutter solutions and we don’t recycle the same design ideas over and over again for the sake of expediency or profitability. We like big ideas that establish a clear and coherent framework to develop the details of a project. Once we establish an approach, we develop successive iterations to refine every aspect of a design. And while we do serious work, we don’t take ourselves too seriously.

The firm is located in a 1920’s grocery warehouse in downtown Huntsville, the center of a vital residential, office, retail and government center. The informal office layout is an open studio environment where clients often stop in for a cup of coffee, even when they don’t have a meeting scheduled.

Diversity is important to our success. The professional staff is 50% women, and our staff is also diverse in terms of origin. Huntsville natives are the exception and not the rule. In most architectural firms in our area, staff members received their training at one or two regional schools. The Nola | Van Peursem staff is connected to ten different architectural schools across the country.

We are a legacy firm, established in 1948 and will soon celebrate our 75th anniversary. Nola | Van Peursem Architects, PC has been in continuing practice in Huntsville since 1953. During its 73-year history, the firm is responsible for well over one billion dollars in design and construction in the United States and thirteen foreign countries. Founded in Florence, Alabama as Turner and Northington Architects in 1948, the firm opened a branch office in Huntsville seven years later and was re-named Northington, Smith, Kranert Architects. When Huntsville’s population exploded in the late 1950s and 1960s the “branch office” quickly became the dominant business center for the firm.

During those early years, the firm was responsible for numerous key projects in the city, including dozens of new educational, retail, residential and government facilities. The firm was responsible for several early landmark structures including the Madison County Courthouse and the Von Braun Center. In the early 1980s, Robert Van Peursem and Frank Nola became associated with the firm. They quickly assumed full leadership of the firm in 1995 when the name was changed to SKT Architects, PC. Building on the foundations of the past and the firm’s proud heritage of high-quality, bold design projects, these two young architects brought new vitality to an aging firm. The firm continued a highly diverse practice, including institutional, corporate, and residential design and historic preservation.

To better reflect the contributions and involvement of the firm’s leadership, the name changed to Nola | Van Peursem Architects, PC in 2012. Looking to the next generation of leadership, Nola and Van Peursem asked Christine Kirchberg Jones, a ten-year veteran of the firm, to become a principal of the firm in 2014.

Diversity is important to our success. The professional staff is 50% women, and our staff is also diverse in terms of origin. Huntsville natives are the exception and not the rule. In most architectural firms in our area, staff members received their training at one or two regional schools. The Nola | Van Peursem staff is connected to ten different architectural schools across the country. 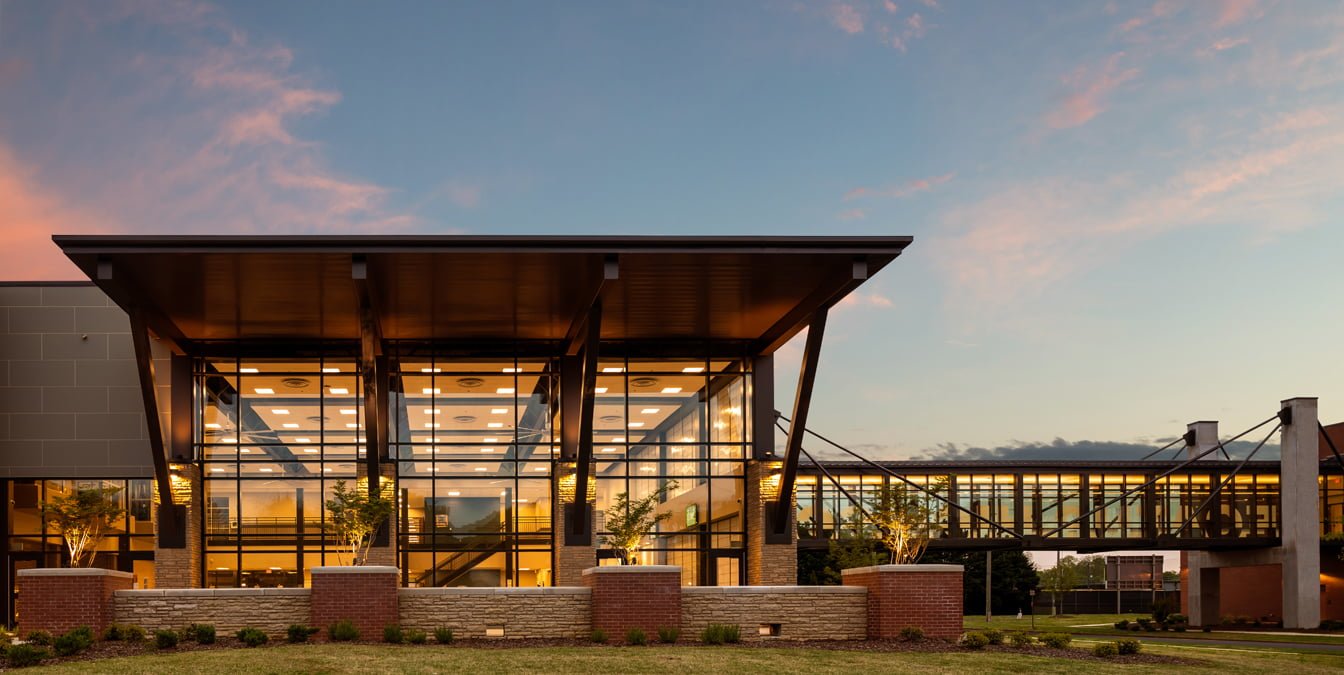 Nola | Van Peursem Architects calls North Alabama home, and relies on nearly 100% of its business from local clients. Client satisfaction is essential to our continued growth in this community. We count seven area school systems, two local universities, numerous high-tech companies and most of the major regional governmental entities among our long-term repeat clients.

We believe every design solution should embody and reflect the identity of that particular client, its culture, and the uniqueness of the project’s location. Our goal is to deliver tailored results that positively impact the community and exceed expectations, developing a singular yet meaningful story for every client.

From initial design concepts through completion, all projects are under the direct control of a principal of the firm. We endeavor to establish relationships with our clients that will become long-term partnerships. By design, and unconventionally, we have no marketing department, and we operate under the ethic that doing good work brings more work.

Municipal/Civic
City of Huntsville
City of Madison
City of Scottsboro