The design team was tasked with solving significant water intrusion problems, while at the same time improving the exterior appearance of a blighted 1960’s era housing project to make it compatible with surrounding downtown revitalization efforts.

Respecting existing window placements, the design effectively creates an entirely new skin for the building, resulting in a completely new and updated appearance.

The project involved the renovation of the exterior envelope of a blighted 1960’s-era affordable housing structure.

The client tasked the architect with three principal objectives: 1) stop water intrusion into the building 2) improve energy efficiency and 3) make the appearance of the building more consistent and compatible with the surrounding neighborhood. The six-story, pre-cast concrete structure was built in the 1960’s in a historic downtown area. As the building aged, even modest weather events caused water to seep through the concrete walls and the insubstantial aluminum window frames. Lack of insulation in the concrete panel walls, and cheap uninsulated windows made the building uncomfortable for its population of elderly tenants, while at the same time causing unusually high energy cost. Typical of public housing of that era, the appearance  of the building was at odds with the character of the surrounding historic neighborhood. The architects devised an entirely new exterior envelope for the building, using a combination of brick, cast stone, modern windows, curtainwall and an exterior insulation finish system (EIFS). The face of the new building skin is built over the projecting concrete fins of the precast wall panels. This allowed the through-wall air conditioners to be fully recessed and concealed in a thick wall cavity. The walls are nearly 16” thick, casting pleasant shadows on the deep window reveals, and providing shade for the windows.  The original “punch-card” building façade was broken down in scale by the use of three different colors to imply multiple buildings, upward extensions of the parapet to suggest towers, a cornice overhang, variations in the window lengths, and by cladding the ground floor in brick and cast stone. Originally called Todd Towers, the building was rebranded as “The Todd” to avoid the stigma associated with the naming of public housing in past decades. New signage enhances the updated appearance of the building and gives the residence a greater sense of pride in their newly renovated home. 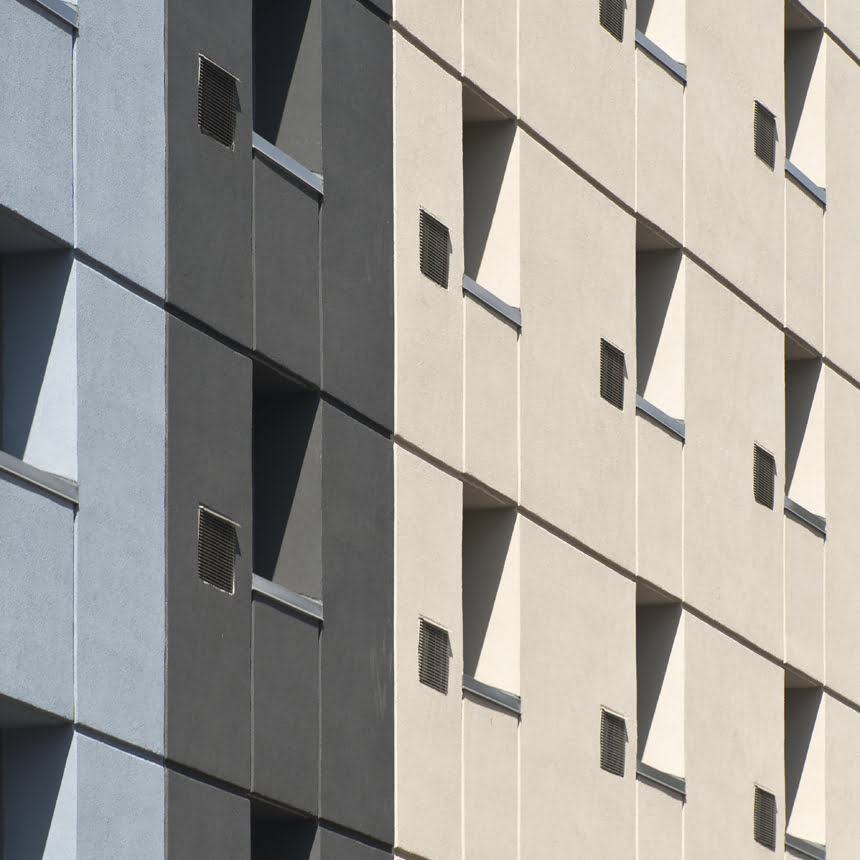 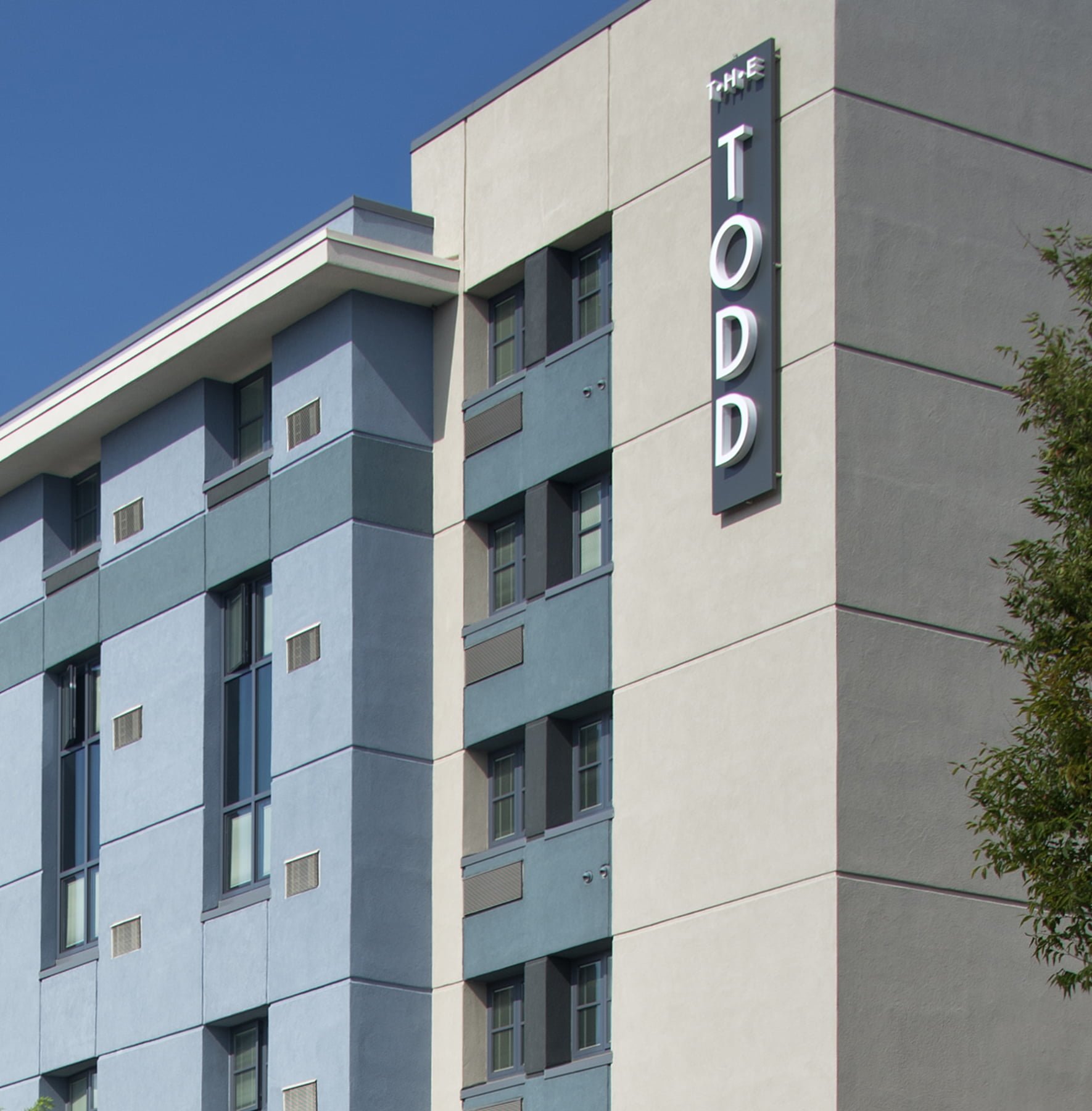 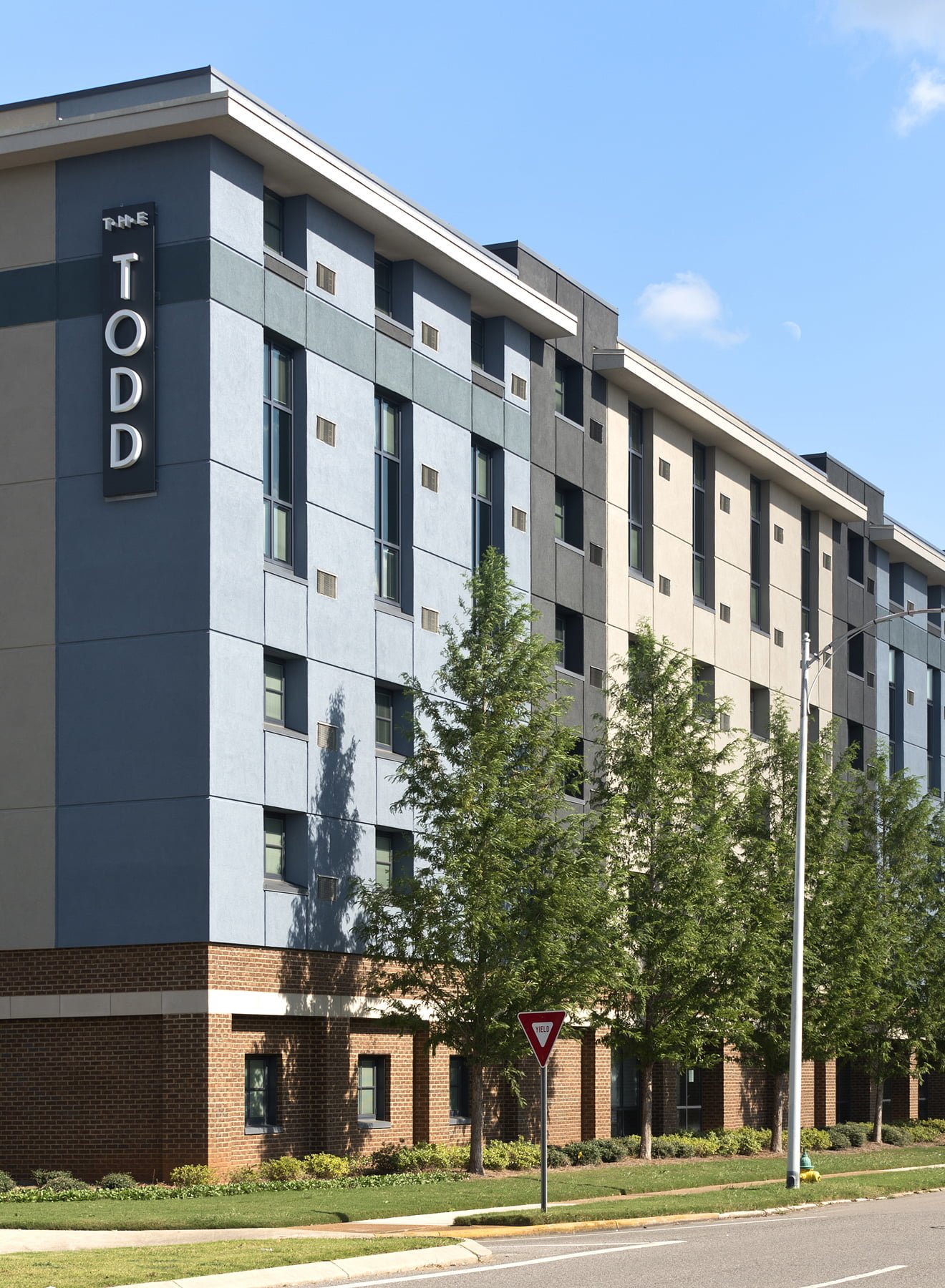 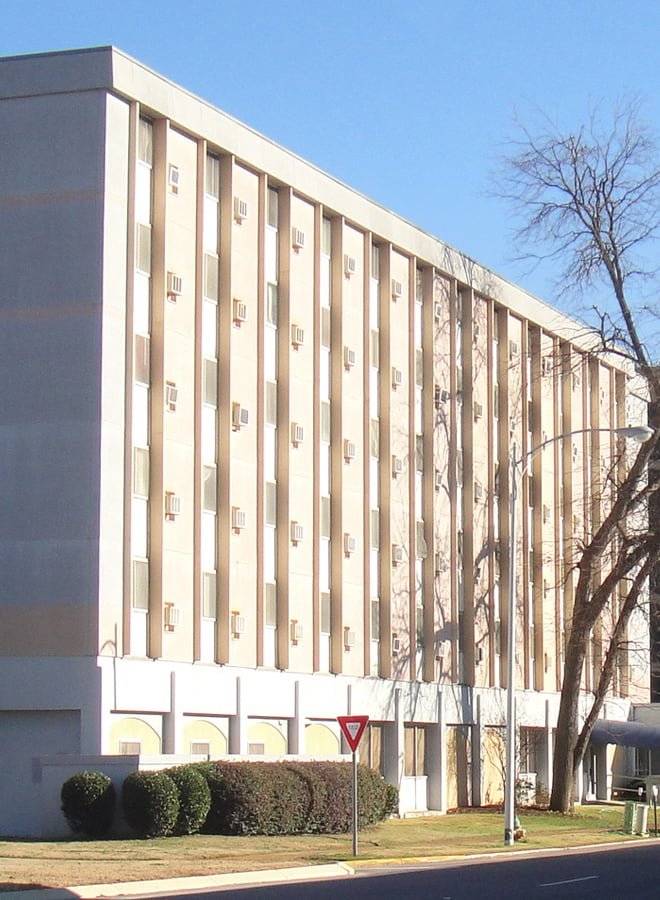